The shortest day of the year and the first day of winter in the Northern Hemisphere (USA) is 21 December, the “Winter Solstice”. The word solstice comes from the Latin words for “sun” and “to stand still.” The sun seems to stand still on the day of the winter solstice. In the Northern Hemisphere, as summer advances to winter, the points on the horizon where the Sun rises and sets advance southward each day; the high point in the Sun’s daily path across the sky, which occurs at local noon, also moves southward each day. 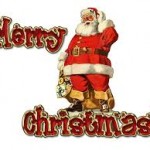 >> GM’s Volt electric vehicle plans a go regardless of bankruptcy