A few years ago I received a phone call from Scott. He had developed a Chocolate Fountain that is the best on the market. Being a diecaster, I did not know what a chocolate fountain is and what a hit it would be. I worked with Scott to develop this fountain. It turned out to be great. It not only melt chocolate, but carmel and cheese also. My wife forced me into buying one for her when they were on the market. Soon after introduction, a cheap inexpensive model was showing up everywhere. Scott literally lost several thousand dollars because his was a better and more expensive model. Another American company closed due to cheaply priced and poor quality competitors. 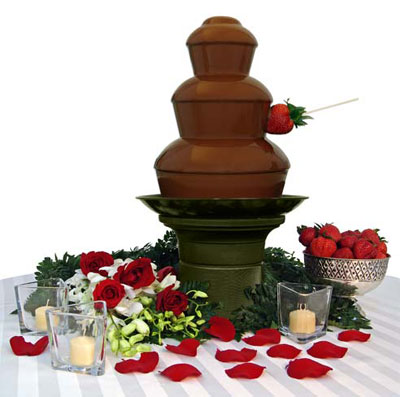 Kinetic Die Casting Company makes an aluminum die casting part as a heater plate for a chocolate fountain. The heater plate transfers the heat from a heating element to a stainless steel bowl to melt chocolate. Aluminum die casting parts are used because aluminum has excellent properties for transferring heat and dissipating heat. Die castings are inexpensive compared to other aluminum part manufacturing processes.

A chocolate fountain is a device for serving chocolate fondue. Typical examples resemble a stepped cone, standing 2-4 feet tall with a crown at the top and stacked tiers over a basin at the bottom. The basin is heated to keep the chocolate in a liquid state so it can be pulled into a center cylinder then vertically transported to the top of the fountain by a corkscrew auger. From there it flows over the tiers creating a chocolate “waterfall” in which food items like strawberries or marshmallows can be dipped.

Contact Kinetic Die Casting Company sales@kineticdc.com if you have an unusual aluminum part to die cast.

Click here for other ==> Photos of Die Casting Parts 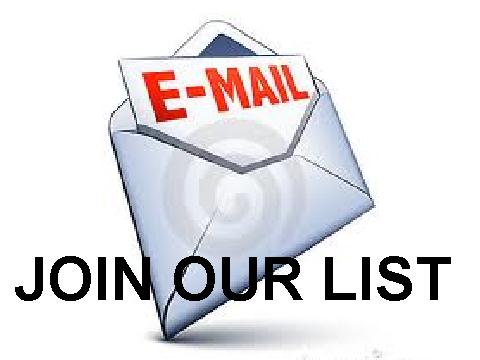 1. Put your Name as you want to see it in the newsletter in the top location.
2. Put your valid Email * address in the bottom area.
3. Click the Subscribe button.

Cadbury, a monument to the British chocolate bar, fell on Jan. 19 to U.S. giant Kraft by accepting an offer worth 11.5 billion pounds which creates a world leader in food and confectionery.

The pair announced hat Cadbury management had agreed to a takeover worth 840 pence per share — valuing the group at the equivalent of 13.1 billion euros or $18.9 billion.

“Kraft Foods believes a combination represents a strong and complementary strategic fit, creating a global confectionery leader with a portfolio of more than 40 confectionery brands each with annual sales in excess of $100 million,” a company statement said.

News of a friendly takeover also marks the end of months of hostilities over the control of Cadbury, which began life as a small grocer’s shop in Birmingham, central England, in 1824.

Why should you use Die Cast Heating Plates?

One good example of a Die Cast Heating Plate at work is a chocolate fountain. Chocolate fountains are often used in parties, receptions and other important events. The heater plate keeps the chocolate warm and flowing for several hours.

Generally, Aluminum Die Cast Heating Plates are favored by the general public, preferred by both in households and business establishments. Die casting offer better quality than by other manufacturing processes such as stamping, mold casting, forging and extrusion.

Why should you use Die Cast Heating Plates? The most obvious reason is that the metal used, aluminum, is one of the most copious metals on earth. Since aluminum supply is almost unlimited, the metal is affordable compared to other metals. It also has plenty of advantageous characteristics. It is lightweight, making the production process easier and faster. Its no surprise why many companies opt for this method compared to other more costly methods.

Customization in Die Castings – Consumer Parts. Almost everything that we see, which has a metallic look, probably went through a die casting process. This is a proof that the industry of Die Casting is still strong despite of the …
Continue reading »