I received a phone call on 15 June, 2016 from Leo one of the ArtMold owners that they are closing down their die casting production and die casting operations. Artmold was just a few miles away from us here at Kinetic Die Casting Company in North Hollywood. 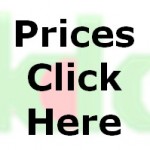 >> Where do you find Aluminum Handle Hardware

Where do you find Aluminum Handle Hardware. Millions of aluminum parts are being manufactured everyday for the needs of different sectors and businesses. Aluminum serves as chassis, bodies and frames of vehicles on land, water and air. It serves as …
Continue reading »